Greetings Mizfits and new readers!! First off I wanna say thanks for stopping by our little piece of the internet and tech world. Second I wanna talk about this keyboard I just installed!

It’s made by Google and it is on my iPhone that I’m blogging with right now. Go get it if your on an iOS device right now! Gboard by Google. It’s a welcomed addition to the few available keyboards on iOS. I was a Swiftkey user on Android with the Galaxy S line that so faithfully stuck to for years and when I switched, Swiftkey as I knew it would never be the same. So I stuck with the stock iOS keyboard and that was that…until today that is.

There has been plenty of keyboards around with these features, but emoji search? It’s pretty much emoji prediction on steroids! Just type LOL and you get the smiley emoji and so on. With a tap of the emoji icon and the Google button you can search through all of the emoji on your keyboard instead of swiping through all the actual emoji icons. Not bad Google. First keyboard I’ve used for more than 10 minutes on my iPhone.

Then there’s the infamous swipe feature. Swipe, trace, drag, draw or whatever you want to call it.  Drag your finger across the keyboard to make words is what I’m getting at! Lol.

I think Bing may have a keyboard with the web search feature built in, but I’m not sure as I stay away from other search engines. Gboard has that feature built in and it works quite well. 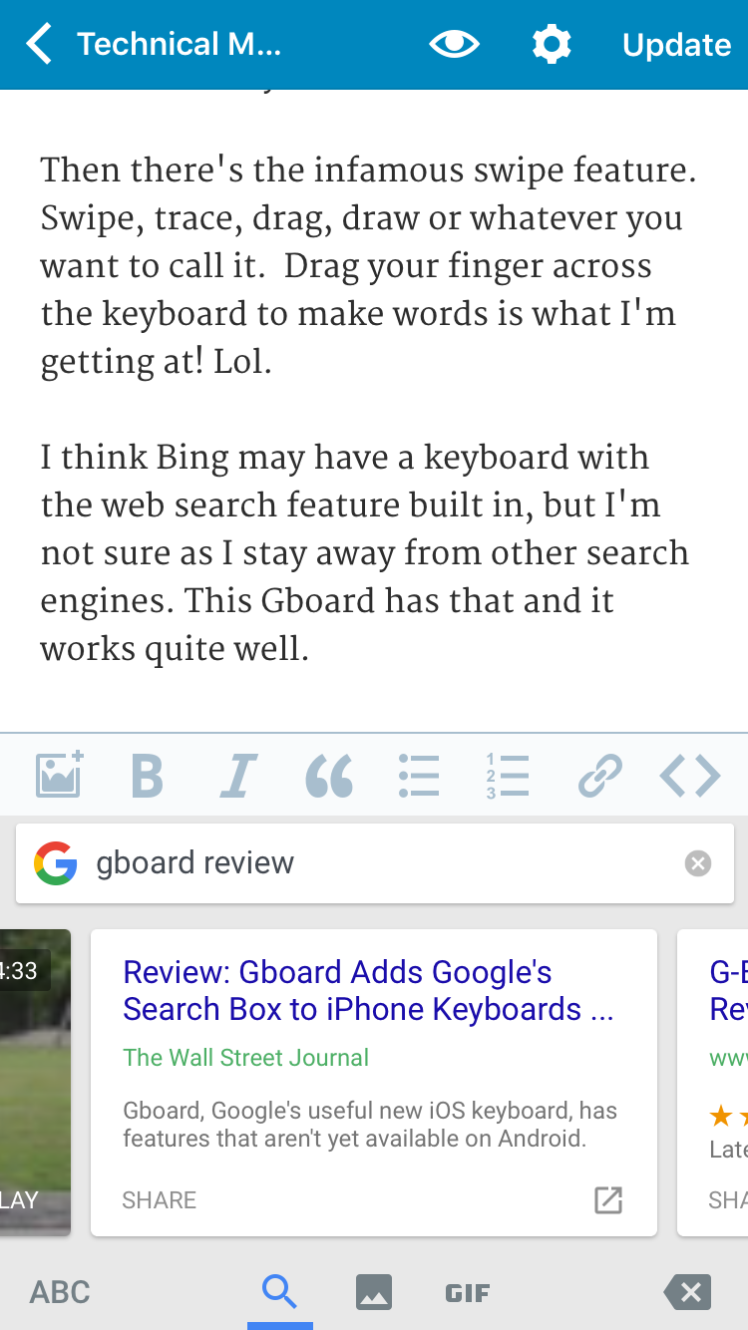 Being able to perform a web search from any app that you have the keyboard open in is a damn handy thing to have and Android doesn’t even have these features yet?? Bring out the iOS haters and people that won’t even use the keyboard, that just want to complain and fit in. I may be late, I may be wrong about this keyboards release date and the features of the others I mentioned (highly doubt it) but one thing for sure is that I know people who don’t know anything about this or other keyboards and we’re just here to inform them! Everyone isn’t technically inclined and even we don’t know everything about #techlife so as we find out, you find out.