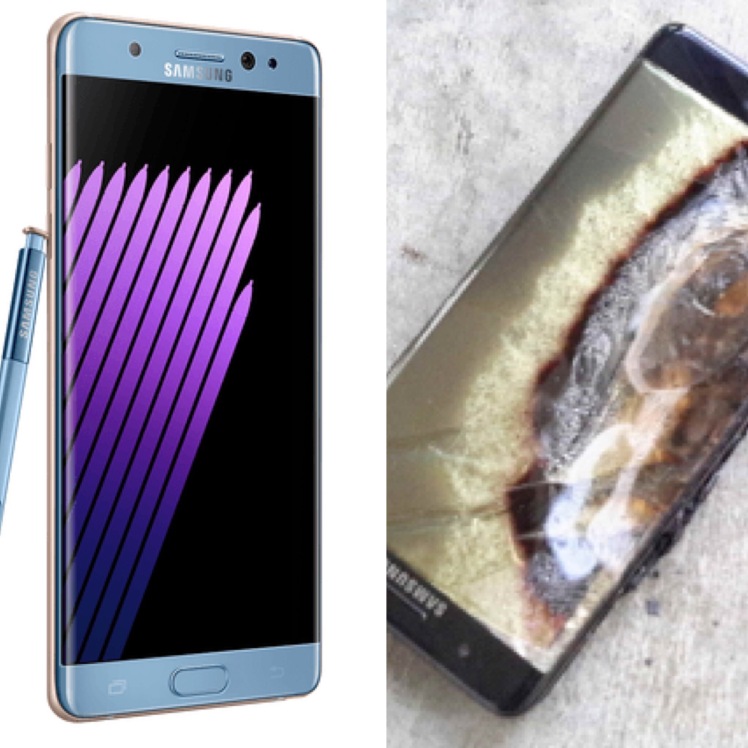 Greeting Mizfits!! I know it’s been a little minute since we’ve brought you some interesting content, but here we is!!!!!! (I did say we is!) I’m gonna touch a pretty “hot” topic in the media right now. The Galaxy Note 7, which is claimed to be Samsung’s “hottest”phone to date!!

Recall. Recall. Recall. That’s a word we normally hear about things like tainted beef or a car part or some baby care product and sometimes it’s a smartphone. People have the faulty item(s) replaced or their money refunded and life goes on. That is just not the case with Samsung this year as it seems that they just can’t get it right. Don’t get me wrong, there has been quite a few recalls for other smartphone manufacturers as well. The rival for example, the iPhone had its fair share of issues that were fixed pretty fast each time. Shit happens, people fix the shit that happened and that’s that.

Here’s the thing with this Note 7 fiasco. What are they doing?? They’ve taken the majority of he phones back, allegedly repaired them and then sent them back out only to go nuclear again!? That’s not a good look at all. The words Note & Seven has even become sensitive in airports now. Wow. I can’t recall, lol, a time when a smartphone was recalled and then taken off of shelves with halted production too. Lucky number 7? I think not. Maybe they shouldn’t have skipped 6? Who knows?

Number 6. There was a Galaxy S5 then S6 and the latest is the S7. Sequence. Why did the Galaxy Note line break the sequence? Samsung said in numerous articles that it was to keep the two models with the same number. Hmmmm? So why did the release date get pushed up to a date ahead of their rival, Apple? It’s a crazy coincidence that the the Note 7  release date was pushed up and ended up having some kind of serious issue. I remember the months that Samsung released their phones because I was a huge fan until they started changing their design. It’s nothing like a weak signal issue or bending phone, but something that could potentially harm you? There has been mention of a few iPhone fires, but I haven’t seen any news talk about it on any reputable new outlets like I’ve seen with the Note 7. Biased articles from biased sites? Upset Samsung lovers? I don’t know and don’t care unless Apple officially admits. None of it is acceptable in the end. It feels like I jumped ship a year in advance.

Seriously though, in the eyes of someone that follows tech it looks like they wanted their device to be out on shelves before the competition and they screwed up somewhere along the line. Once again, shit happens. Learn from it, fix it and move on. As much as it may pain you or I as a consumer that your favorite manufacturer has messed up, you have to be realistic. They’ve owned up to it and so should you. How are people making excuses for a company that already admitted a particular fail? How Sway?? That’s not loyalty, it’s stupidity. You have folks willing to jeopardize their families, possessions and themselves just to prove that their favorite phone isn’t messed up. Well to each their own and good luck with that!

I’m gonna wrap this up by asking..

Do you own a Note 7? What are you gonna do with it? Keep it? Wait for another replacement? We’re just curious to know is all. So drop us a comment and let us know how you feel about this whole situation blowing up!

As usual and until next time…

Thanks for reading and #staytechdup

One thought on “Just how lucky is the number 7 for Samsung? ”